The first piece of the annunciation sculpture by Marton Varo was placed on the face of the Oratory late in the work day on Saturday, December 11. This is the first of 15 pieces that are scheduled to be up by the end of this week or early next week. This first piece was delayed by almost three days due to unexpected weather and machine failure.For more than a year now, the residents and visitors of Ave Maria have seen the sculpture being worked on. A group of devoted fans gathered the day the first piece went up, and even a day early before it was postponed. “I’ve been here since it began and I want to see the first piece go up,” said one of the onlookers.

The project is expected to be ready for reveal by March of 2011.  Watch the video here. 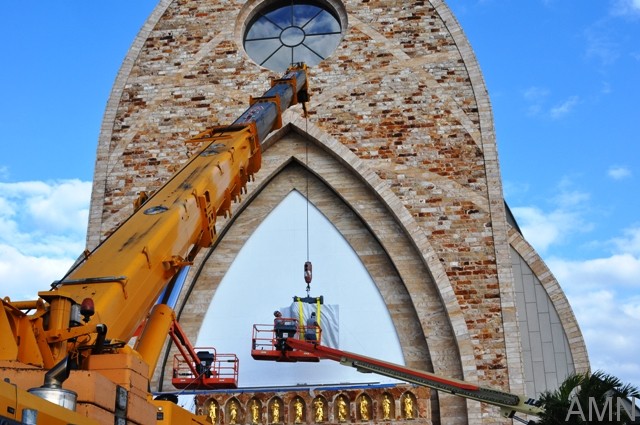